“We are the children’s advocates. We are the stewards of the next generation.” 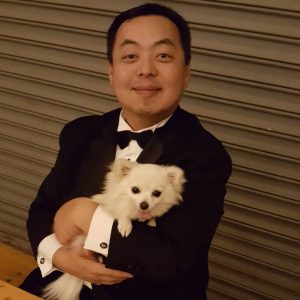 Jay has initiated his coaching training during the late 90’s and developed practical experience at various high school, college and private clubs throughout the northeastern U.S. Athletes under his care during this period moved onto successful career in the NCAA fencing, while some developed into professional fencing coaches and/or club owners themselves. During this stage, he also owned and operated two fencing clubs in upstate NY — one of which, evolved into American branch of the Beaches Sabre Club.

Jay later on developed an apprenticeship under mentors, Wes Glon and Emik Kaidanov, both coaches of the Penn State University Fencing Team (among the most successful fencing teams in the NCAA). During this time, Jay has also developed an extensive refereeing expertise through a rigorous voluntary developmental regiment experienced like no other in the world, with a specific goal of accelerating his understanding of various systems. He has presided the medal rounds of various national championships and continental cup events, as well as a coveted multi-season invitation to the NCAAs (honor bestowed upon a mere 16 out of 3400+ registered fencing referees in the U.S. each year)

Jay moved to California in order to coach full-time at the Elite Musketeer Fencer’s Club, and moved onto becoming head coach of the First Place Fencing Club. Athletes under his care during this stage have seen medal-level success at local, regional, national and international levels.

Outside of fencing, Jay loves to explore music. Throughout the year, he performs at venues all over SF Bay Area, small and large.  He even played on stage of the Davies Symphony Hall recently! Several of our fencers are also musicians, and from time to time we love to get together spontaneously for jam sessions!